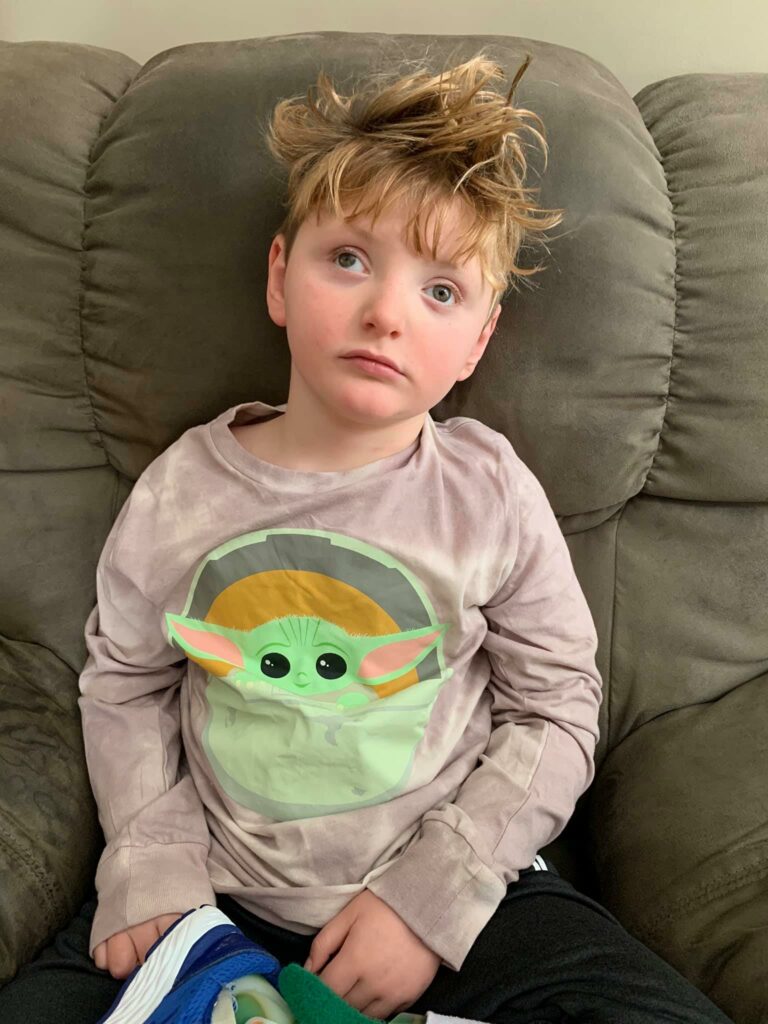 Nathaniel has CDKL5 deficiency disorder. It is a rare developmental epileptic encephalopathy caused by mutations in the CDKL5 gene. It causes him to have a broad range of clinical symptoms and severity. He has intractable epilepsy and neurodevelopmental delay impacting cognitive, motor, speech, and visual function. He is in a wheelchair, low tone, has seizures, is nonverbal and has cortical visual impairment.

Nathaniel is amazing. Born with the CDKL5 deficiency disorder, his little body and brain have been overcoming obstacles since day one, but Nathaniel has never given up. He battles seizures every day. He has to work twice as hard as typical kids to do simple things like lift his arms and take steps in his walker, but that doesn’t slow him down or steal his joy. Nathaniel can’t be contained to a wheel chair or what society tells him that he is limited to. He doesn’t allow his seizures to slow him down, but instead pushes through every day to enjoy all that life has for him – despite having uncontrolled epilepsy.

Nathaniel loves being around his friends and being a part of the community. He loves going to Royal’s games. He loves riding 4-wheelers with his dad. He loves going fast, he loves loud crowds and he loves being a wild child. Allowing Nathaniel to ride a bike will give him the opportunity for more independent movement along with experiencing the simple joy that every kid deserves – spending your summer days riding your bike through the neighborhood with friends.

If you, like Variety, believe every kid should be social, be active, and belong – please donate today – www.VarietyKC.org/donate

Thank you for joining our #inclusionrevolution