Variety, the Children’s Charity – Tent 8 from Kansas City, is honored to nominate the Kansas City Royals’ Charities for the Corporate Sponsor Award.

In a city with thousands of Not-For-Profits, the Royals are the only Major League Baseball team. The number of requests they receive each year is staggering, yet they consider each charity on its own merit.

The children and families of Kansas City have received tremendous benefits through the Royal’s support of Variety KC.

The Royals partnered with Variety for two adaptive ball fields and playgrounds, one on the Missouri side and one on the Kansas side. Through mutual connections, further support was gained. Variety (Deborah Wiebrecht) connected the Cal Ripkin Sr. Foundation with the Royals, and the Royals brought the Major League Baseball Foundation to the table. These partnerships received a great deal of media exposure supporting our efforts.

Through this continued relationship, past employees have come on board to assist Variety, the owners of the KC Royals, Dan and Penny Glass, have contributed exclusive of the foundation, and players have participated in Variety events and fundraising. A simple phone call has resulted in generous auction donations raising thousands of dollars, and tickets providing inclusion driven outings for hundreds of Variety Children and families.

You might think that in a year that the Royals won the division championship, and played in the World Series, perhaps the organization would be too preoccupied to focus on giving. The opposite was true. Instead, the Royals and Royals Charities used the excitement and large crowds for additional fundraising that will support numerous organizations in our area.

Tent 8 is looking forward to continuing our relationship with this generous corporate sponsor and has several proposals in front of them, including:

1. Cuddle Bear (hospital gift for current and potential Variety children).
2. All inclusive playground equipment in the Royals pre-game stadium experience area for children.
3. Further support as the inclusive playgrounds as the adaptive ball fields are expanded.

Whether supporting Variety, or any of the great charities they back, the Kansas City Royals and Royals Charities have proven they are champions both on and off the field…..and we are their biggest fans!
Royals Charities had donated thousands of dollars to Variety’s mission and touched the lives of thousands of Variety kids too! 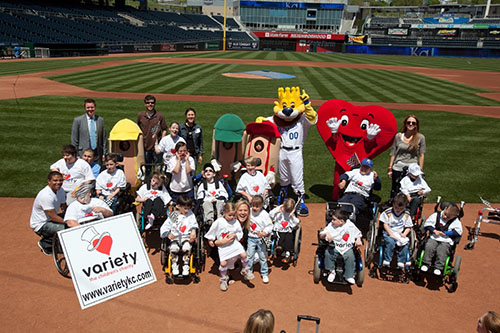 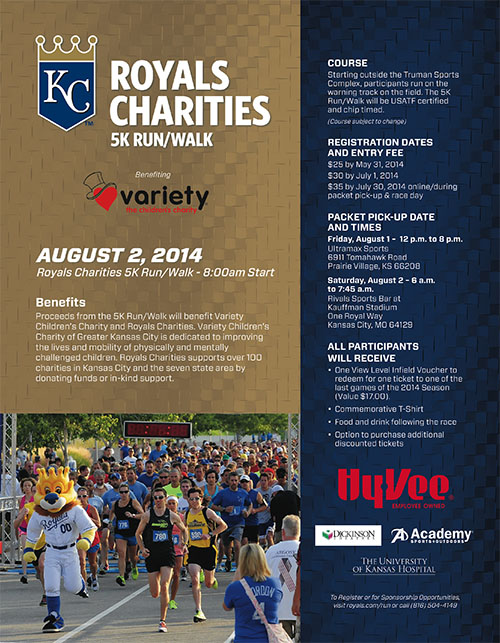