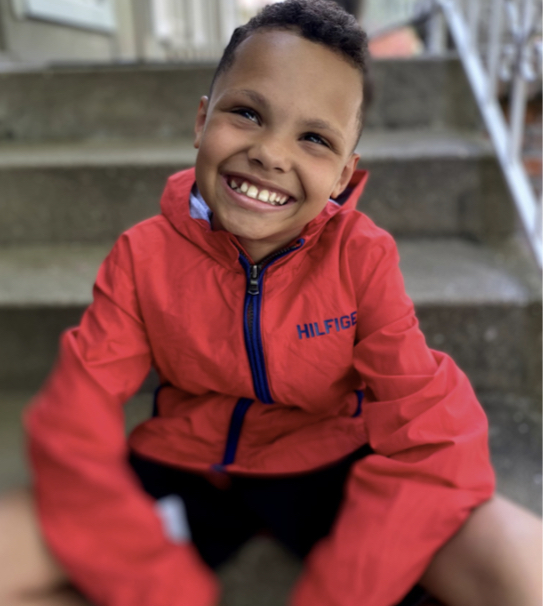 Chase had a rough start in life with years of multiple hospitalizations, nationwide doctor visits and an unknown diagnosis. Finally, we received answers from a genetic diagnosis that put the pieces together. He was diagnosed with Cardiofaciocutaneous syndrome is a disorder that affects many parts of the body, particularly the heart (cardio-), facial features (facio-), and the skin and hair (cutaneous). People with this condition also have delayed development and intellectual disability.

But that doesn’t define Chase! He is an active 5th grade boy! He loves boy scouts, sports, and piano. He still is seen by several specialists and continues to have physical therapy, prosthetics and speech therapy. His beloved iPad was full of helpful apps and learning tools, but after 8 years it quit working. An iPad would be a valuable tool for Chase as he continues to work on his speech skills and continues to tackle his learning challenges.

Just look at that smile! So many Variety KC Kids like Chase would benefit from and iPad and apps to help with communication and learning. Don’t all kids deserve their best chance to learn?  Donate today at www.varietykc.org/donate   Thank you! 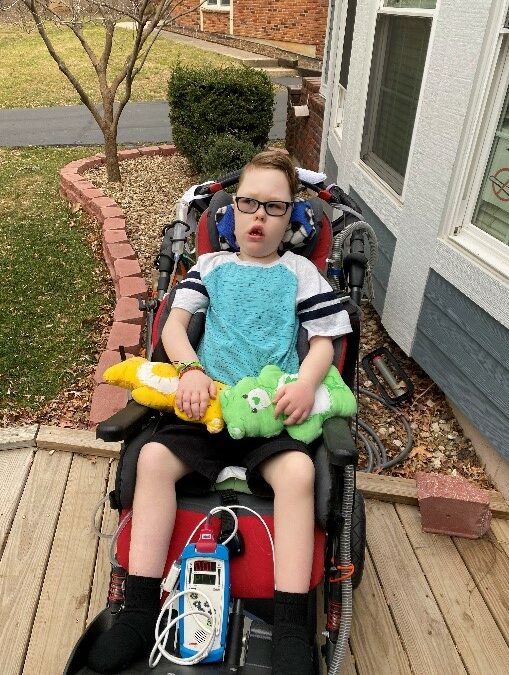 Meet the Kids – Kaden (for President)

Kaden for President! That’s right, he aims high. And why not, he has already accomplished so much in his short life. Kaden’s diagnosis is Spinal Muscular Atrophy type 1. This presents some communication barriers, but you would be amazed by how well he makes himself understood by simply blinking “yes” or “no.”  The problem is, it’s hard to be president and improve the lives of all future generations by just blinking his eyes. Most people don’t understand his form of communication so he needs a way to be heard.

Kaden loves to advocate for those with all abilities and today, Variety KC is advocating for Kaden. Currently with the use of his iPad and his mom assisting with his arm – Kaden can type out his thoughts and ideas. But, this isn’t true independence. His wish is to be like his peers and independently communicate (sorry mom). He’ll be able to do that with a Microsoft Surface Pro and PCEye Bracket. Using his eyes, Kaden will be able to type by himself and be easily understood. (And he has plenty to say!)

There is no stopping this young man, except the expense of these resources.  Help Kaden be heard – and then let’s just see where he goes!  Donate now at www.varietykc.org/donate     Thank you! 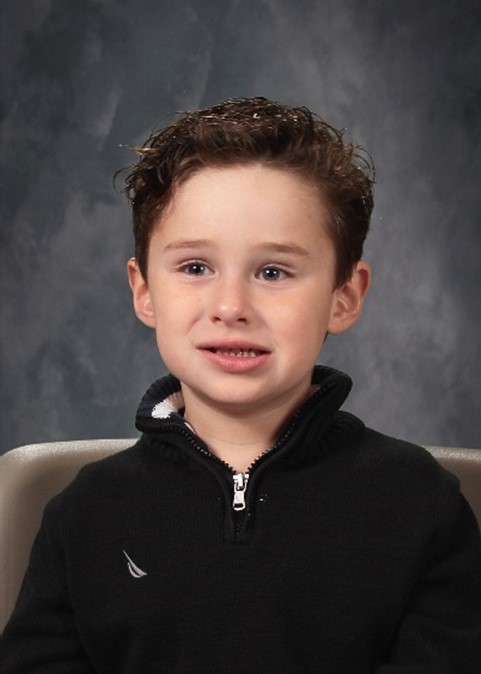 Meet the Kids – Brigham Gets a Voice!

We recently received this note from some Variety KC parents, “Brigham is 4-years-old and all boy. He has strengths and struggles just like most children. He could ride a bike and learned to swim at age two. He has impressive problem-solving skills and likes to get into mischief. However, Brigham has his struggles too. He was diagnosed with Apraxia and while he is working toward approximating words, he still is difficult to understand and cannot form whole words or sentences. This causes frustration, stress, and anxiety for all of us. With an AAC device, so many doors would open for Brigham. By giving him a voice we would finally be able to see and hear what he is thinking and feeling. It would not only change Brigham’s life, but our entire family’s.”

Many of our Variety KC Kids have an Apraxia diagnosis. It is a “neurological disorder characterized by the inability to perform learned (familiar) movements on command, even though the command is understood and there is a willingness to perform the movement. Both the desire and the capacity to move are present but the person simply cannot execute the act.”  For example, a student may be taking a spelling test. They know the word, even know the spelling of the word – they just can’t get that word written on their paper at that moment. It’s frustrating, hard on self-esteem, and frequently leads to misunderstandings.

Variety KC Supporters understand the need for devices to assist our kids with Apraxia and they’ve made it possible for Brigham to have the tools he needs.  Please help us to help other kids like Brigham, your donation can give them a voice. www.varietykc.org/donate

“My kind affectionate son had an interesting first two years of life. Just a few months old, he was diagnosed with Cutaneous Mastocytosis a rare skin disease with clusters of allergy cells on the surface of his skin. He has approximately 20 clusters. Around 6 months of age we began to introduce foods starting with baby cereal, and he threw up until it was blood. He was then diagnosed with FPIES and had to be on a grain free diet. By 16 months he was receiving MO First Steps speech therapy, occupational therapy, and feeding therapy. At 26 months old, MO First Steps began providing ABA therapy. Franklin finally began to make progress in therapy and our incredible ABA provider recommended Ability KC for an ACC device fitting. My son understands direction and attempts to communicate through nonverbal cues, screeching, minimal sign language, and has less then 10 unprompted words. A communication device with the program touch chat would be giving a voice to my son. This would empower him to ask for what he wants, to consent to activities, to tell us what hurts when he is in pain, and to simply tell us what’s on his mind. In November, my son turns three and will start special education preschool and a device now would assist in his learning at school.”

It’s hard to imagine all that Franklin’s family has gone through in just three years, and what incredible gains!  Variety KC donors know just how important the proper tools are in helping kids to keep moving forward and Franklin is getting his device and apps. There are so many young kids who would benefit from their own communication device, you can help Variety KC give them a voice – donate today at varietykc.org/donate.  Thank you! 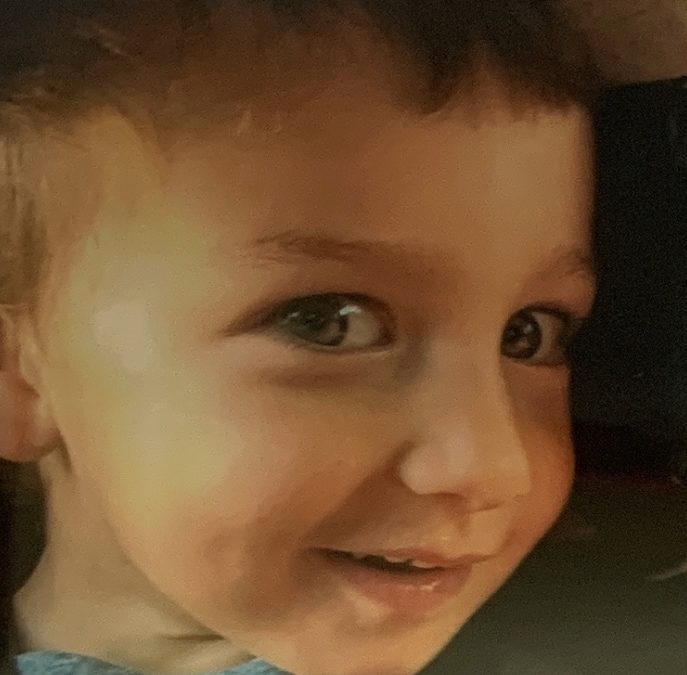 Samuel was diagnosed as Level III on the Autism Spectrum last fall. He participates in multiple therapies and works so hard. His hard work is especially noticeable in Speech Therapy where he is beginning to verbalize a bit when using an iPad and apps. Like so many kids, when Samuel can’t make his needs and wants known, he has tantrums and outbursts. Who wouldn’t?  Can you imagine – no way to let somebody know you were uncomfortable, thirsty, or in pain?  The iPad therapy is showing so much promise that Samuel’s therapist recommends having one at home to reinforce his therapy sessions and reduce frustrations in communication at home.

Variety KC donors understand this need and they want Samuel to find his voice!  He’ll be getting his iPad and apps – won’t you help us to make sure every kid that needs one gets an iPad too? Donate today www.varietykc.org/donate

Thank you from the bottom of our Variety Heart! 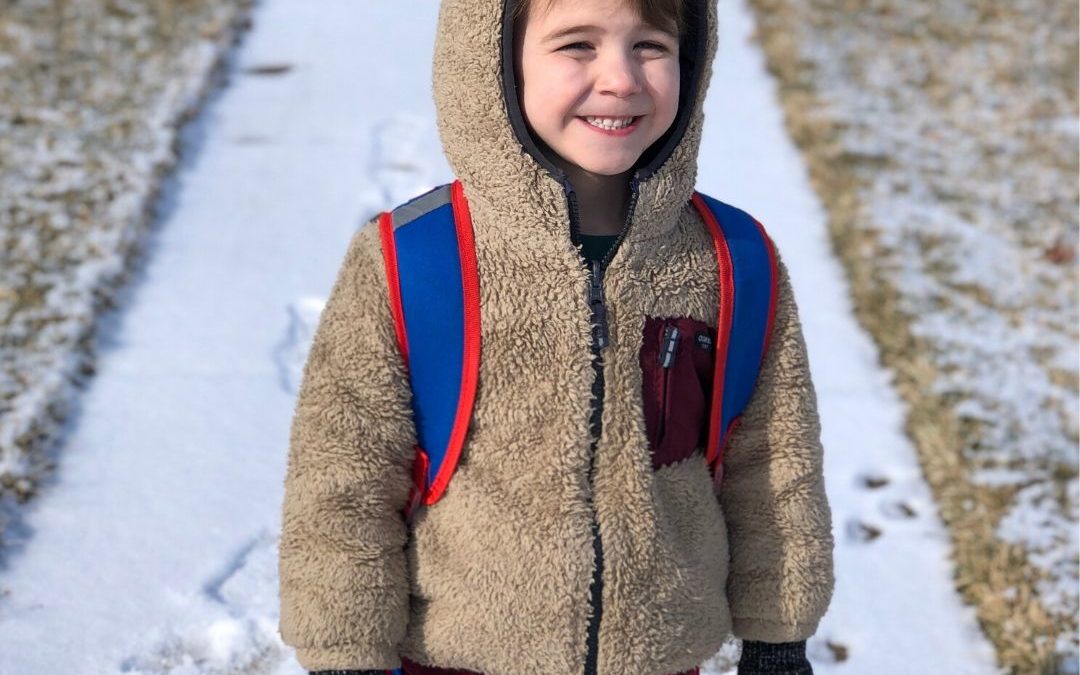 “Around 18 months at Graham’s checkup we mentioned that he didn’t have too many words. He grunted a lot. We applied for First Steps to get some speech assistance; however, he was denied. He was barely passed. We tried again 6 months later, and he got into the program. He did so great! He started learning to say one syllable words. He was in the program for a little over a year. At that time, he started putting two words together. He still had trouble putting whole words together. For example, he would say “bu” for “bug” and “dah” for “dog”. He kept dropping either the first sound or the last.

We put ourselves on a waiting list for Children’s Mercy for their speech program. It took several months, but by the time First Steps ended, we were able to keep going in therapy. His speech pathologist at Children’s Mercy diagnosed him with speech apraxia. Childhood apraxia of speech (CAS) is a speech disorder in which a child’s brain has difficulty coordinating the complex oral movements needed to create sounds into syllables, syllables into words, and words into phrases. Typically, muscle weakness is not to blame for this speech disorder.

Graham is a hard worker. He tries and tries. He is persistent and he doesn’t give up. He is great at imitating sounds but getting some of the sounds to come out is still a struggle for him. He has been in the school district preschool for little over a year and has made so much progress. Many still can’t understand what he is saying, but that doesn’t stop him from trying. He is great at either acting out what he needs, or he will show you. He may not be able to speak at our level, but that doesn’t stop him from trying. I’m so proud of our little dude. I spoke with his speech teacher Ms. Julie at his preschool and they have been using TouchChat HD with him to help with communication. She has said he has made great progress with the application. He will put sentences together and he will say them back. The audio helps him listen to the sounds and helps him say them out loud. She recommended that we should use it at home as well. This application would be so helpful for Graham. Graham loves to draw and make things. We spend hours doodling and using our creativity. He enjoys playing with his robots.”

This little guy is working so hard and it sounds like they have made such great progress with TouchChat HD. Especially now, during home isolation, it’s so important to make sure that kids in therapy have the equipment they need to use at home!  Help us to give Graham his voice. Donate today at varietykc.org/donate/        Thank you!